San Francisco, CA - October 13, 2011 - Zephyr Real Estate has announced the addition of Jamie Howell, long-time San Francisco Realtor, to its organization. Howell began his real estate career in San Francisco in 1989 and has worked at a number of brokerages over the years.

Originally from upstate New York, Howell was raised in Sao Paulo, Brazil, and Lubbock, Texas. He toured San Francisco with his rock band in the 60s, and elected to stay in the City by the Bay. While in the music industry, he was a performer, guitarist, producer and road manager before discovering his preference for the real estate industry. He has developed an impressive roster of satisfied customers, which has resulted in almost 100 percent of his clients coming from referrals. 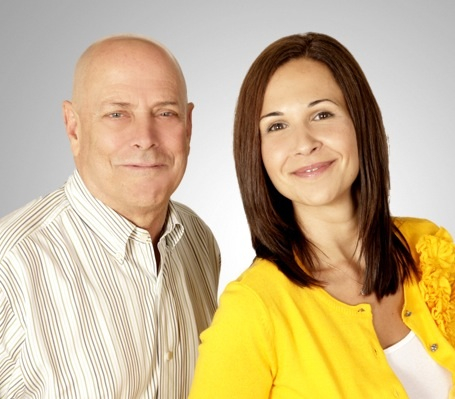 Howell's commitment to his community is wide and varied. He has done volunteer work at SF General Hospital's emergency room and at Maitri AIDS Hospice. He trains with the Golden Gate Triathlon Team, Leukemia Society's Team in Training, and has spent 27 years coaching soccer, including being named coach of the year twice for CYSA District 1. A longtime student of Zen Buddhism, Jamie is a lay lineage holder in the Shinryu Suzuki line and teaches and practices Zen at San Francisco Zen Center as well.

"Joining Zephyr is an honor, and I am eager to begin this next stage in my career," stated Howell. "Teaming up with Luba is the icing on the cake."

Howell is partnering with Luba Muzichenko, a Zephyr top producer, e-PRO Internet Professional and Certified Residential Specialist. Muzichenko was born in Odessa in the Ukraine, but has resided in San Francisco since the age of two. She grew up in the City's Richmond District. She has also lived in Golden Gate Heights and gone through the exciting process of rebuilding a home on Great Highway in the Outer Sunset. "I am excited to partner my talents with Jamie," Muzichenko remarked. "With our combined extensive backgrounds, market savvy and network, we are an incomparable team."

Outside the workplace, Muzichenko volunteers at the San Francisco Zoo, the Surfrider Foundation, and several local humane societies. She is also a proud supporter of San Francisco public schools through participation in edMatch. In her free time, she enjoys a variety of outdoor activities, including kayaking, surfing and hiking throughout the San Francisco Bay Area, as well as spending time with her canine friends.

"We are delighted that Jamie has joined our ranks, teaming up with Luba, one of our valued agents," remarked Aimee Arost, Partner/Sales Manager of the Noe Valley office. "Their synergy is impressive. I foresee a long and prosperous relationship for all of us," she added.

To learn more about Jamie and Luba, or to get in contact with them, visit their website at www.JamieandLuba.com.

Founded in 1978, Zephyr Real Estate is San Francisco's largest independent real estate firm with $1 billion in annual gross sales in 2010 and a current roster of more than 200 full-time agents. In 2010, Zephyr launched its new website, which has earned two web design awards, including the prestigious Interactive Media Award. Zephyr Real Estate is a member of the international relocation network, Leading Real Estate Companies of the World; the luxury real estate network, Who's Who in Luxury Real Estate; and the local luxury marketing association, the Luxury Marketing Council of San Francisco. Zephyr has six strategically located offices in San Francisco, a business center in Marin County, and serves a large customer base throughout the San Francisco Bay Area. For more information, visit www.zephyrsf.com.