San Francisco, CA -- February 11, 2011 – In 2002, Zephyr established the Golden Z Award to recognize extraordinary efforts of those who have gone above and beyond in their charitable endeavors in the San Francisco community. In the past, the award has been presented to one of the company’s agents. In a departure from tradition, this year the Golden Z was presented to Bill Drypolcher, President and Founder of the company.

“Bill has always had a soft spot for worthy organizations in need of support,” said Randall Kostick, Chief Operating Officer for Zephyr. “The only difficult part of presenting the award to Bill was the covert planning. His humble nature would have insisted that the recognition go to others.” 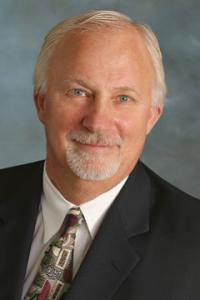 In his presentation remarks, Kostick referenced Drypolcher’s consistency and magnitude of giving. He has participated frequently with Rebuilding Together (a local nonprofit that works to make it possible for people to live independently for a longer time), sits on various charitable boards, has completed the bike ride to Los Angeles with the Aids Life Cycle, and is an active mentor for Zephyr’s Meritus Scholars. Over the past 10 years, his financial contributions have been well in excess of half a million dollars.

Following his humble beginnings in upstate New York, Drypolcher attended Kent State where he was a Mid-American Conference champion wrestler. After putting himself through Kent State with a little help and lots of encouragement from his coach and mentor, he went into the Army where he served in Vietnam and became an Army Ranger school instructor. Having fallen in love with San Francisco after a previous visit, he and his family relocated here.

In 1978, after earning a real estate license, he launched Zephyr Real Estate, which began with four people. It now comprises six offices and over 200 agents – the largest independent agency in the City.

Loyal to his Alma Mater, Drypolcher contributed generously to renovations for the wrestling team at Kent State and still follows their progress closely. The team has placed in the top 25 at the NCAA tournament, and Drypolcher recently established an endowment for the team, which he hopes will encourage other alumni to give back. “I feel good about helping the kids, the coaches and the school,” he said, “because they were there for me.”

Founded in 1978, Zephyr Real Estate is San Francisco’s largest independent real estate firm with $1 billion in annual gross sales in 2010 and a current roster of more than 200 full-time agents. Zephyr has six offices strategically located in San Francisco and serves a large customer base throughout the City. For information, visit www.zephyrsf.com.