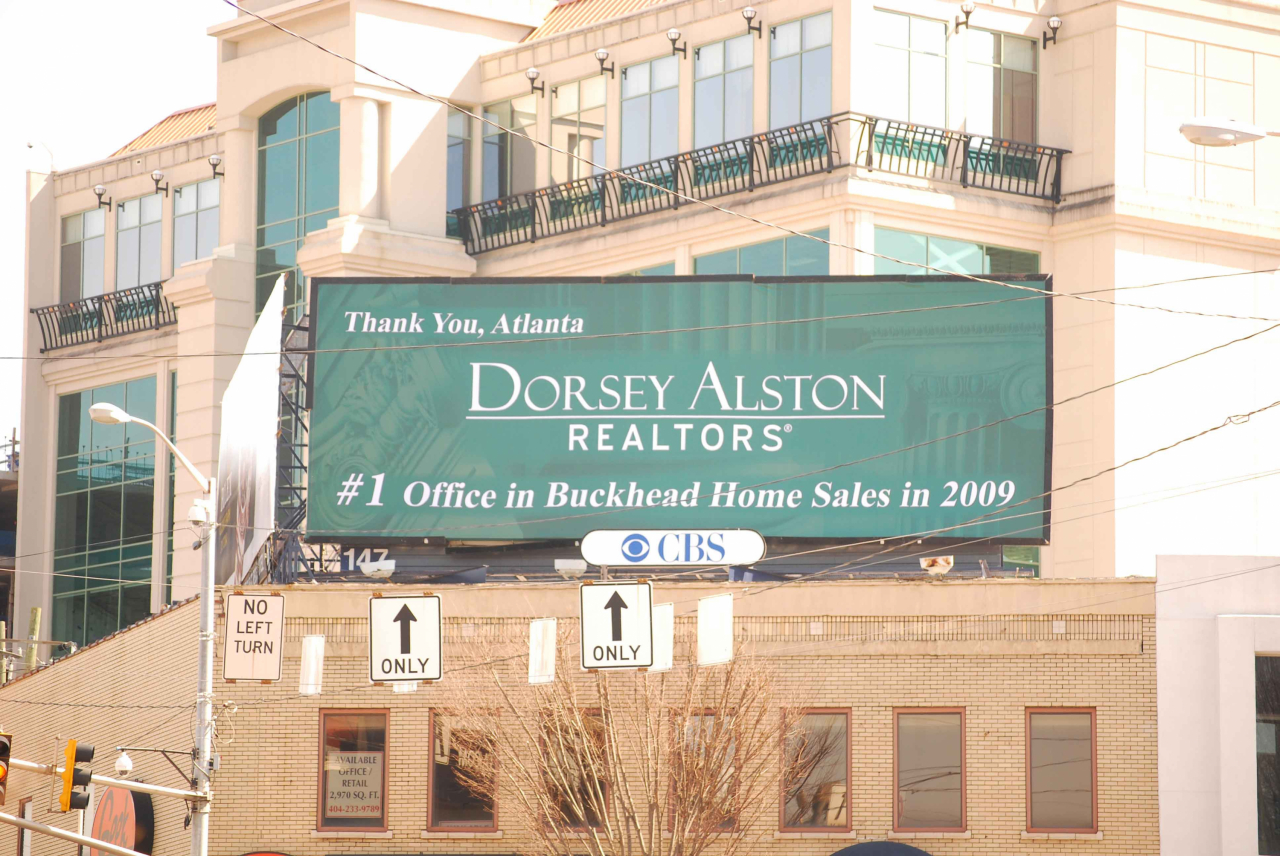 ATLANTA - Dorsey Alston, Realtors is reigning over the metro Atlanta landscape in the form of two billboards. A 40-foot billboard is located at the intersection of W. Paces Ferry and Peachtree Roads, just one block from the office. The second, a 60-foot billboard, is situated by a popular Atlanta dining institution on Northside Pkwy, which is also visible to motorists driving north on I-75. 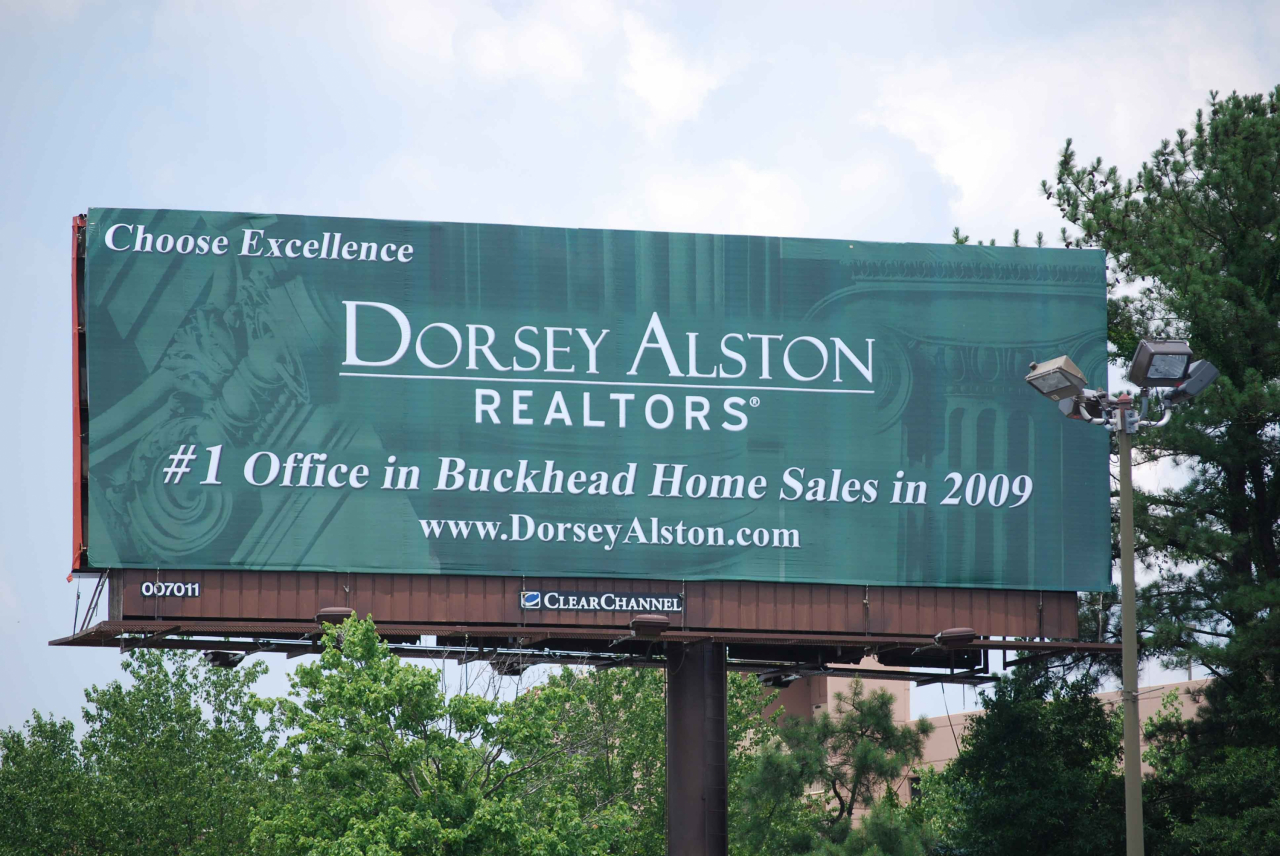 "We quickly began receiving positive comments from clients and friends alike," said Dorsey Alston President and CEO Michael Rogers. "The billboard has afforded us the opportunity to promote Dorsey Alston in a way which we've never done before."

Dorsey Alston currently boasts a roster of more than 150 agents. Unlike most of its competitors who are under corporate management, Dorsey Alston, Realtors remains locally owned and operated. Dorsey Alston agents have a combined average of 13 years in Atlanta real estate.

Atlanta Realtors You Can Count OnFounded in 1947 by Roy Dorsey and Robert Alston, Dorsey Alston, Realtors "Atlanta's First Family of Real Estate," has a distinguished track record representing generations of clients and their fine properties. Dorsey Alston remains Atlanta's longest established and privately-owned residential real estate agency. The firm's detailed knowledge of the market, experienced agents and commitment to customer service is what they attribute to their success. You can learn more with Your Atlanta Realtors.