LuxuryRealEstate.com Announces Katrina Campins of The Campins Company and Star of The First Season of The Apprentice As the Featured Speaker at the 8th Annual Luxury Real Estate Spring Retreat 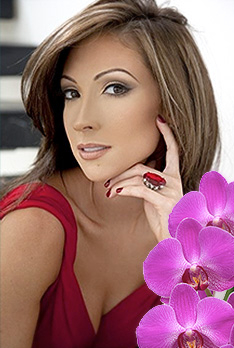 Katrina S. Campins, Founder of The Campins Company, is among the most visible and successful real estate professionals in the country. Headquartered in Miami Beach, Florida, with offices in Chicago and Maryland as well as a proprietary network of brokers called The Campins Clique Nationwide, Katrina’s sales production ranks her among the top ½ percent of realtors’ nationwide. She has been featured in numerous publications including recognition as Realtor Magazine’s ‘Top 30 Under 30’ in 2004, Forbes, USA Today, NY Post, NY Times, Sports Illustrated, Ocean Drive, ESPN, Player Magazine, Variety Magazine, the covers of People Magazine, US Weekly, In Touch an d many more. Katrina continues to leverage her media exposure to further her real estate career and build The Campins brand, thus providing exposure to her properties and clients. Katrina has and continues to appear on NBC, VH1, E!, HGTV, SITV, Topps TV, Fox News, CNN, CNBC, ESPN, MTV, BBC and starred in Bravo’s docu-drama, Miami Social.

Licensed at the age of eighteen, Katrina garnered her first six-figure commission check while still a college student. Katrina launched the Campins Company in 2004 and has constructed an ‘A’ list roster of clientele consisting of celebrities, athletes and entrepreneurs. She formed the Sports & Entertainment division within her company in 2005 in order to better service her celebrity clients with their real estate needs throughout the entire United States. Since 2005, Katrina has personally represented over 160 athletes and/or entertainers in this capacity. The Campins Company’s Project Marketing & Management Division has also sold over $100 million in four exclusive listings (three office condominium projects and one condo-hotel project) since its inception. In total her sales production exceeds $520 million since the launch of her company. Katrina’s business development prowess, negotiation skills, market knowle dge and no-nonsense, results-driven approach make her the powerhouse she has become at a young age.

Katrina graduated from the University of Miami with general honors and a 4.0 grade point average, while majoring in International Finance & Marketing. Her career in real estate began when she ‘flipped’ her first investment property at age seventeen. Katrina believes strongly in giving back to her community and is involved in several charitable organizations. Katrina, a first-generation Cuban-American is fluent in English and Spanish.