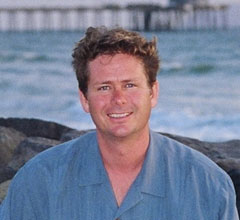 REALTORS® Eugene Kocherga and Kelly Dinnsen, who recently joined forces for a good cause. In June, Kocherga and Dinnsen worked together to raise $10,500 for San Diego YMCA Camp Surf, the largest beachfront surf camp in the U.S.Kocherga says this is the fourth year he has been involved with the organization. “Kids from all walks of life and all over the world come to this camp every year to learn about the ocean, the environment, leadership, responsibility and-of course!-surfing,” he says.Dinnsen says she and Kocherga raised the funds at the YMCA Camp Surf’s annual benefit “Tropical Beach Party” with a table sponsorship and auction items. “San Diego 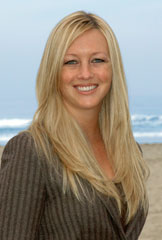 YMCA Camp Surf is so clearly a life-changing experience for these kids,” she states. “It is exciting to be able to be part of that for them.”The proceeds raised at the informal gala, where a Hawaiian shirt dress code is strictly enforced, support the development of a new Marine Science Lab and Nature Interpretive Center. The event also supports sending active duty military personnel’s children to Y camp. YMCA Camp Surf (www.camp.ymca.org/english/index_surf.html) is a 45-acre facility located near Imperial Beach along some of the last undeveloped coastline in Southern California.Kocherga and Dinnsen both work out of Willis Allen Real Estate’s Coronado office and look forward to the opportunity to serve you. Contact Kocherga at 619.322.6869 / eugene (at) willisallen.com or Dinnsen at 858.922.3668 / kellydinnsen (at) willisallen.com.