OAKVILLE, ON - Phil Soper, President of Royal LePage Canada, is pleased to announce that Rina DiRisio was recently recognized with the Billionaire’s Club award, presented by Who’s Who in Luxury Real Estate. The award is given to those who have achieved at least $1 billion in real estate sales throughout their career.

“For thirty years, Rina DiRisio has been a leader in our successful Oakville real estate business,” said Phil Soper, president and CEO, Royal LePage. “She is energetic and hard-working, compassionate and 100% committed to her clients and their success. This prestigious award speaks to her professionalism. I can attest to her character as a human being. Well done, Rina!” 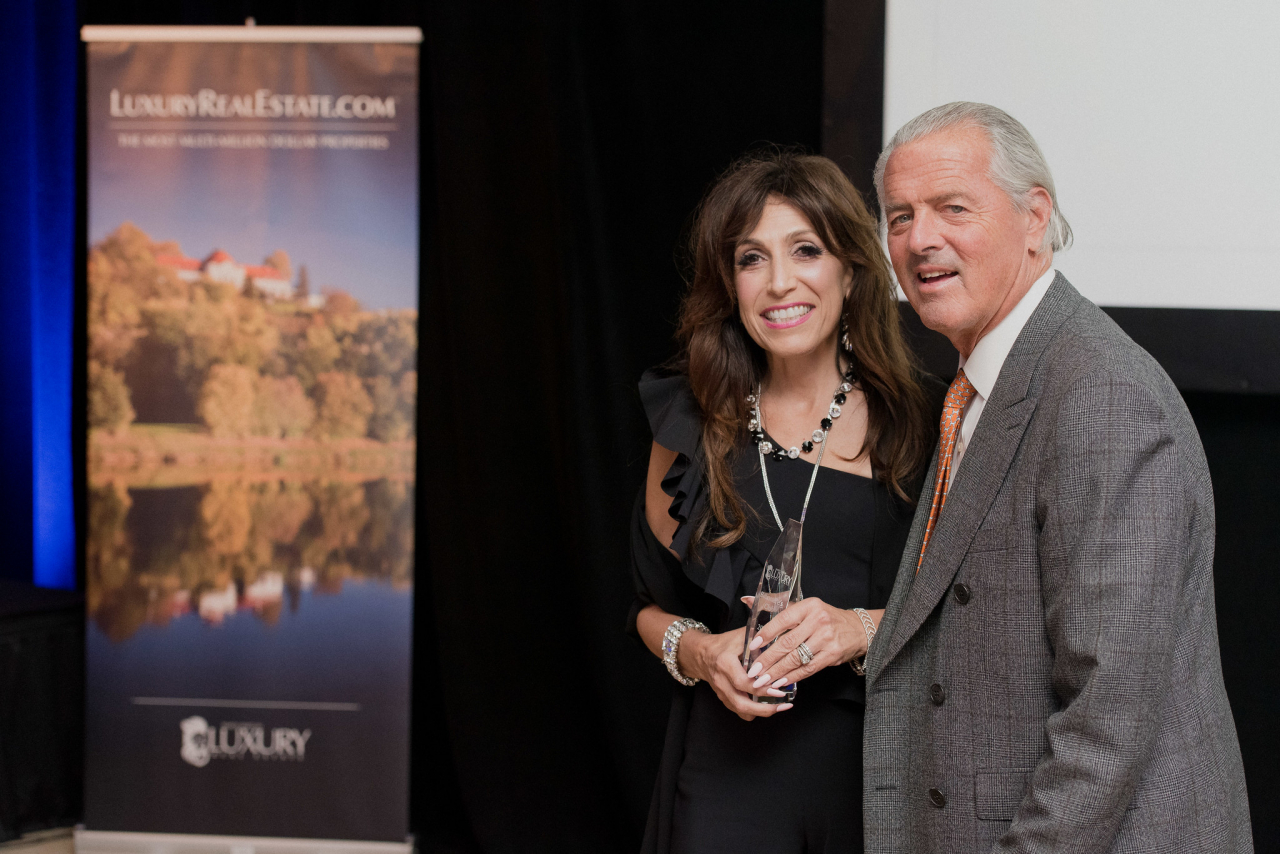 “I’m as passionate about real estate today as I was 30 years ago,” said DiRisio. “I love the industry and am honoured to have worked with so many wonderful clients over the years. I’m grateful for the support they’ve shown me. Being a lifelong resident of Oakville, this award is such a huge achievement, especially for the incredible team that I work with. It’s something we all share in.”

Having successfully started her own real estate career in 1989, DiRisio channels that success by mentoring professionals on her team who are pursuing their own careers in the industry. “It’s about helping them grow to their full potential,” she said. “It’s important that they have a vision of where they’re going and they must know the industry and the market. And they have to be tough. If something doesn’t work, learn from it and keep going.”

DiRisio and her team also give back to the communities where they live and work. Over the years, they’ve supported numerous local, regional and national organizations including the United Way, Kids’ Help Phone, Women’s Shelter Foundation, Kerr Street Mission, Safetynet and Halton Food For Thought.

A lifelong resident of Oakville, Ontario, Rina DiRisio has been successfully selling real estate since 1989. As an award-winning agent with Royal LePage Real Estate, she is in the Top 1 per cent in Canada, using her deep market knowledge and local network to provide competitive advantages for her clients. She holds a Bachelor of Arts from the University of Toronto, with a specialty in Sociology. A major supporter of community initiatives, Rina and her team have contributed significantly to various organizations over the years. In her role, she has also mentored young professionals entering the real estate market, providing advice, direction and guidance. Rina lives with her husband and daughter in Oakville.

• Billionaire’s Club Award – first realtor from Royal LePage to receive this award, bestowed upon individuals who have sold at least $1 billion in real estate throughout their career

• Royal LePage Hall of Fame Award – awarded to Lifetime Chairman's club members who have maintained continuous, unquestionable excellence at the highest level of the profession, have had a significant and positive impact within the industry and Royal LePage, are well regarded by their peers and are recognized as significant contributors to the communities in which they live and work

• Up For Toronto – United Way