Welcome to the DuCharme Family.

Historical Architecture of Grosse Pointe – Welcome to the DuCharme Family. 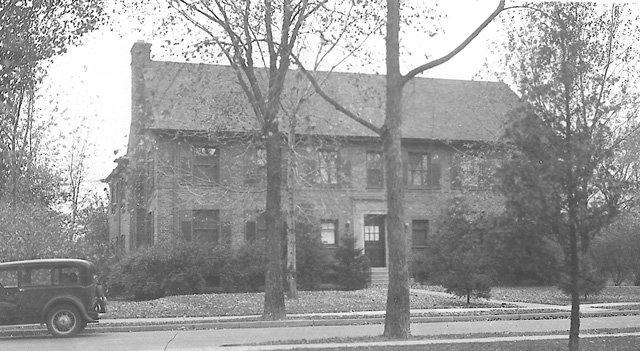 This week we are going to introduce you to some of the homes that were owned by the well-known DuCharme family, focusing on 365 University Place in particular. This classically styled brick built Georgian Colonial home was completed, in 1919, for Charles Bagley DuCharme, by the distinguished firm of William B. Stratton, and Dalton V. Snyder.

The DuCharme’s were a well-known family in Detroit. Charles Bagley DuCharme was born in Detroit, in 1883. His father, Charles A. DuCharme, was a wealthy Detroit hardware dealer, and former president of the Michigan Stove Company. Having graduated, from the University of Michigan, in 1906, Charles began working for his father, at the Michigan Stove Company, in various departments of the business, before taking the position of secretary. In 1911 he married Isabel Bradbeer, and together they had three children: Charles A. (II); Jerome Croul; and Isabel. 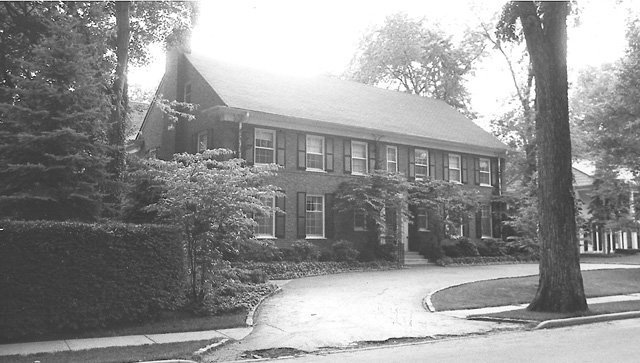 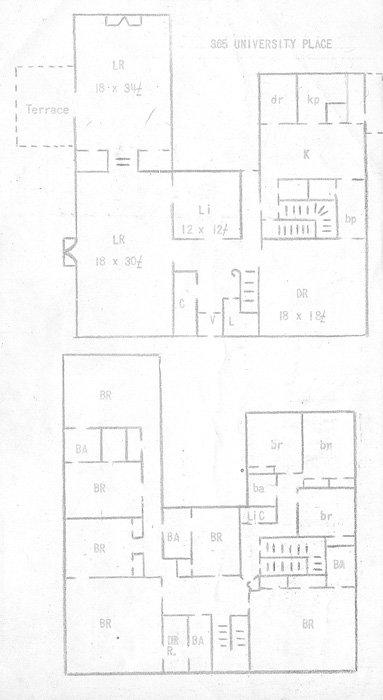 The noted firm of William B. Stratton, and Dalton V. Snyder designed the residence. Having already enjoyed a stellar career, Stratton had partnered with a number of talented designers’, and was now one of the most sought-after architects in Detroit. During this stage of his career he started working with Dalton J. V. Snyder. The partnership begun around 1915, and together they designed many magnificent homes in Grosse Pointe including:  365 University Place (1919); 4 Woodland Place (1922); 341 Lakeland (1925); and 15366 Windmill Pointe (1925).

Dalton J. Snyder was born Dalton J. Von Schneider, in 1880. Mr. Snyder was an extremely talented designer in his own right, and had a productive career. His work covered a broad-spectrum of projects, including several prestigious residences, in Grosse Pointe and Indian Village. He also completed a number of commercial buildings, including the Women’s City Club, Ford Hospital and Maybury Sanitarium, along with several movie theaters (in association with Stratton) in Detroit (the Center Theater, Home Theater, Jewel Theater, and the Rosedale Theater). Dalton Snyder lived in Grosse Pointe, having designed his own home, 255 Lewiston, which was completed in 1929.

Having worked with Dalton Snyder for close to ten years, Stratton was then associated with Arthur K. Hyde, who he worked with from 1926 until 1931. Together they were responsible for 411 Country Club Lane, (a grand 8,682 Sq Ft Colonial Style residence for Mrs. Edward S. Bennett, which was completed in 1927), Stratton’s own home, 938 Three Mile Drive (1927), and 90 Merriweather (in 1929). Hyde was no stranger to being associated with some of Detroit’s finest designers. Prior to working with Stratton, Hyde was an associate of Albert Kahn, Marcus R. Burrowes, Crombie & Stanton, and Hugh T. Keyes (from 1914-1925).

The street of University Place, in Grosse Pointe Farms, is filled with a superb collection of architectural gems, in an array of popular styles. Number 365 does a fine job in representing the Georgian Colonial approach, and with two skilled designers such as Stratton and Snyder responsible for its creation, we shouldn’t expect anything less.