Make your way across the globe to explore uninhabited islands, immaculate beaches, charming seaside towns and cosmopolitan cities on the ultimate yachting escape. Revel in beautiful landscapes and captivating sunsets every night while navigating your way from the “yachting capital of the world” to the remarkable Costa Rica Gold Coast! 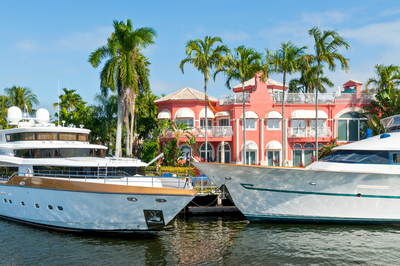 Fort Lauderdale has long been nicknamed “the yachting capital of the world;” and for good reasons. The oceanfront city is laced with more than 300 miles of inland waterways and homeport to two of the largest cruise ships in the world, as well as over 50,000 registered yachts. In addition, the Fort Lauderdale International Boat Show, the largest boat show in the world, is hosted at the prestigious Bahia Mar Yachting Center every year, attracting thousands of boating enthusiasts from across the globe. Factor in an average 246 sunny days each year, and it’s obvious why this South Florida town would be the ultimate coastal haven for a boat-up luxury lifestyle.

Fort Lauderdale is also an excellent base from which to explore the Everglades, the Florida Keys or the Caribbean. The best time to visit this scenic region is during the winter or spring, whereas during other times of the year, you may have to keep an eye on hurricane warnings. 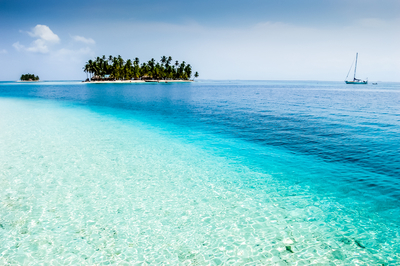 With more than 7,000 tropical islands to discover in its translucent waters, the Caribbean is known to be one of the greatest yacht cruising grounds across the globe. Home to sandy beaches lined with coconut palms, pristine coral reefs, designer boutiques and an active nightlife scene, the Caribbean offers a unique island lifestyle unlike that of anywhere else. Of course, each island has its own appeal, and getting there is a joy in itself.

Journey through the sheltered waters of the Sir Francis Drake Channel and traverse the Virgin Islands. Discover dozens of deserted beaches to enjoy peace and tranquility or stay in the city for a day at the spa and an extravagant night out.

Gourmet French cuisine, high-end shopping and a cosmopolitan atmosphere with a Caribbean twist draw yachtsmen to the captivating isle of Sint Maarten, or Saint Martin, and it’s only a short cruise away from the paradisiacal isle of Anguilla.

Make your way farther south to the spectacular archipelago that includes St. Vincent, Bequia, Mustique and Tobago Cays, among others; known as The Grenadines. The collection of more than 30 islands, islets and cays offer dramatic landscapes of lush tropical forests, commanding volcanos and immaculate beaches. 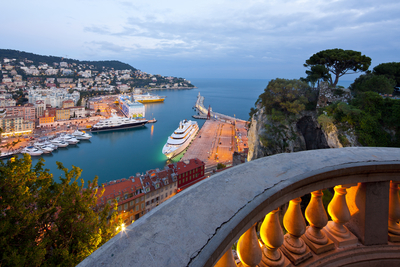 Thanks to its beautifully dynamic and vibrant coastline, fantastic nightlife and cosmopolitan lifestyle; the French Riviera is renowned throughout the world as a premiere yachting destination. Extending from Monaco down to the Iles d’Hyéres, the Côte D'Azur is spotted with glamourous cities like Beaulieu-sur-Mer, Saint Tropez, Cannes and Antibes. With relatively short cruising time between each seaside town, the French Riviera allows travelers to really embrace and experience everything the beautiful coastline has to offer. The region is home to several prestigious events such as the Monaco Grand Prix, Cannes Film Festival, Nice Jazz Festival and Monaco Yacht Show. Held in the iconic Port Hercules, the Monaco Yacht Show is Europe’s greatest and most esteemed yachting event, and the only dedicated to showcasing superyachts, displaying more than 100 extraordinary one-off superyachts every year. 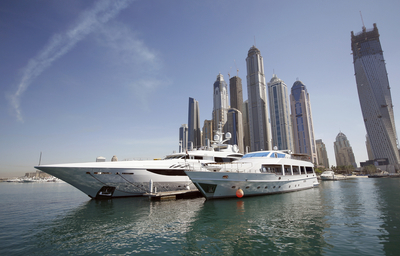 Dubai; the land of superlatives. The burgeoning city is home to the world’s tallest building, largest mall, highest hotel, biggest artificial island and largest man-made marina. Containing 567 berths, some accommodating superyachts up to 35 meters (115 feet) in length, the Dubai Marina Yacht Club is not only the largest man-made marina in the world, it’s also the largest marina in the Middle East and provides easy and direct access to the city. Although, yacht enthusiasts may instead opt to discover Dubai cruising through Dubai’s Water Canal. The 3.2-kilometer-long waterway meanders its way from the Creek in Old Dubai out to the Arabian Gulf and is bordered with a collection of world-class retail selections, upscale hotels and gourmet restaurants. In the evening, mesmerizing water features are activated, music can be heard and several elements of the canal are illuminated with vibrant colors to produce a dazzling light show set against the glittering backdrop of Dubai’s futuristic skyline. 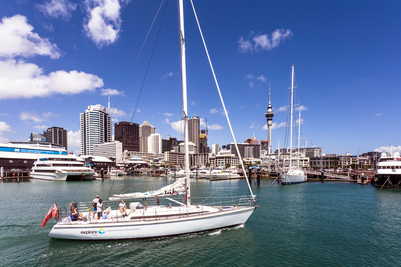 Possessing natural grandeur mirrored in tranquil mountain ranges and captivating fjords, New Zealand is one of the most breathtakingly scenic yachting destinations south of the equator. The main port of entry is Auckland, New Zealand’s largest city, which contains several well-appointed marinas; including Westhaven Marina, the largest yacht marina in the southern hemisphere, and Silo Marina, New Zealand’s premier superyacht marina suitable for vessels up to 116 meters (380 feet). Stop in the city to indulge in a diverse culinary landscape, shop designer boutiques and bask in the beauty that surrounds it. Or, for a more private escape, journey to neighboring islands in the Hauraki Gulf to find hidden bays and secluded beaches that make for perfect anchorage points. Many of the nearby islands are inhabited by rare and endangered species like the Hector’s Dolphin, Yellow-Eyed Penguin and Hooker Sea Lion, most of which can only be seen in New Zealand. 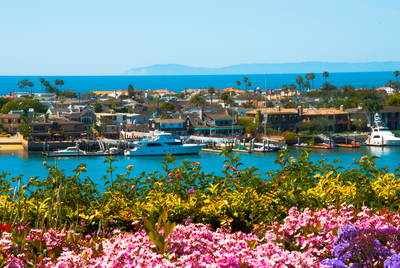 The backdrop to several famous Hollywood productions such as A Few Good Men, Beaches and Gilligan’s Island; the picturesque seaside city of Newport Beach is widely renowned for its natural beauty and enthusiastic yachting community. The region emanates a nautical lifestyle and is homeport to more than 16,000 vessels in Newport Harbor, making it the largest small-yacht harbor in the United States. There are more than 20 private marinas and yacht clubs in the harbor with moorings, each with their own appeal. Bayshore Marina, one of the most prestigious yacht marinas in Newport, is nestled within the gated Bayshore community, and provides a front-row seat to the famous Newport Harbor Christmas Boat Parade. The Balboa Yacht Club is one of the oldest in the region and its choice location “closest to the jetty” makes access to the ocean both fast and convenient. In addition, the Newport Center is only a mile away offering eclectic coastal cuisine, a world-class golf course and high-end shopping selections at Newport’s Fashion Island. 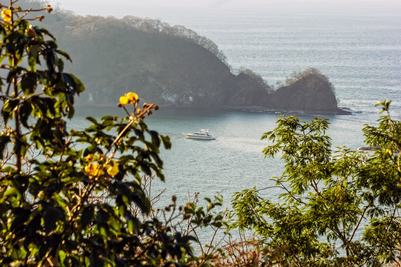 Costa Rica’s Papagayo Peninsula has come to be revered as one of the most exclusive seafaring destinations in the Pacific Americas. Sitting squarely in the middle of the Guanacaste coastline, the stretch has over 31 beaches to explore with miles of glistening sands and crashing surf, all framed by towering jungle landscapes. Navigate along the coast with the help of dolphins and flying fish surrounded by a stunning tropical backdrop. Pursue some of the world’s most sought-after gamefish in an angler’s paradise. Or dock for the day to take advantage of world-class amenities offered in the internationally acclaimed Papagayo Peninsula community like an award-winning Spa, pro-style Tennis Center and 18-hole Arnold Palmer Signature Course. Marina Designed to accommodate superyachts up to 67 meters (220 feet), Marina Papagayo boasts state-of-the-art facilities and shoreside services including marina suites, a fitness room and an expansive sundeck with a swimming pool.