Billionaire. Oracle of Omaha. The most successful investor in the world. All of these are used frequently — and accurately — to describe Warren Buffett, Chairman of Berkshire Hathaway, a holding company with upward of $130 million. Though his stock in trade is, well, stock and trade, over the years, Buffett has actually spun quite a bit of wisdom on real estate, and much of the advice he has given to investors in traded assets would also stand the average American homeowner in good stead.

Looking for some wisdom on the best approach to owning a home? Here’s a sampling of real estate tips from Buffett, right, the third richest human being on the planet.

1. The Basic Premise of Home Ownership — That Homes Increase In Value Over Time — Is Sound

Last spring, the Congressional Financial Crisis Inquiry Commission called Buffett in for an interview. He was asked to explain some of his bubble-era investment decisions, as well as to give his take on what in the heck had happened to the economy. In the process, Buffett expressed his belief that the housing bubble was inflated by an irrational, widespread belief that home prices would only ever go up — an extreme corruption of a generally valid premise. “It’s a totally sound premise that houses will become worth more over time because the dollar becomes worth less,” Buffett declared.

The sound premise, Buffett explained, got distorted and eventually caused the housing crisis when Americans started buying multiple homes to cash in on what they assumed was guaranteed appreciation, taking out “liar’s loans,” buying homes with no down payment and with unaffordable monthly payments — and lenders let them — all because of the assumption that prices could never go down.

Clearly, this assumption was wrong. As Buffett said in an earlier shareholder’s letter: “A pin lies in wait for every bubble.”

2. Buy Low (And Now Would Be a Good Time for That)

Buffett writes a letter to Berkshire Hathaway’s shareholders every year that is chock-full of his review of the company’s fortunes (literally) over the preceding year, his analysis of the stock market and the economy in general, and his smart, plain English tips on life and money and on life.

In last month’s annual shareholder letter, Buffett addressed the industry-leading 2010 performance of one of his company’s holdings, which sells and finances manufactured homes. During that discussion, the money maven declared that now would be a sensible time to buy a home, in light of record-high affordability: “Home ownership makes sense for most Americans, particularly at today’s lower prices and bargain interest rates.”

And Buffett didn’t stop there. He pointed out his own tenure as a homeowner as an example. “All things considered, the third-best investment I ever made was the purchase of my home, though I would have made far more money had I instead rented and used the purchase money to buy stocks,” he wrote. Then, to clarify for the readers who’d want to know what numbers one and two were, Buffett elaborated: “The two best investments were wedding rings.”

3. But Don’t Wait Too Long To Take Advantage of Low Prices

Buffett wrote a 2008 Op-Ed in the New York Times, explaining that buying while prices are low is stressful, because economic markets are volatile and impossible to predict in the short term, even for him. So, when conditions make an investment — in stocks or in a home — particularly advantageous, Buffett says not to hesitate too long. Painting a vivid verbal image to illustrate the likelihood that market prices “will move higher, perhaps substantially so, well before either sentiment or the economy turns up,” Buffett warned: “if you wait for the robins, Spring will be over.”

4. The Smart Way To Own A Home Has Three Elements

Those elements are: fixed mortgage, affordable payments and long-term hold. Detailing why his manufactured housing holding has done so much better than the rest of the real estate market, Buffett pointed out that “[o]ur approach was simply to get a meaningful down-payment and gear fixed monthly payments to a sensible percentage of income. This policy kept [the company] solvent and also kept buyers in their homes.” And that was the ultimate difference between smart home-buying and the home-buying that led to the real estate bubble and the foreclosure crisis.

“If home buyers throughout the country had behaved like our buyers, America would not have had the crisis that it did.”

In the stock world, Buffett has been quoted as advising investors to “only buy something that you’d be perfectly happy to hold if the market shut down for 10 years.” Well known for practicing what he preaches, we can presume a long-term hold strategy would also be an integral part of Buffett’s advisory to homeowners, too. Despite his net worth of somewhere around $50 billion, according to the latest Forbes tally, Buffett still lives in the 5-bedroom Nebraska home he bought 52 years ago for $31,500.

5. Buying Your “Dream Home” May Lead To Nightmares

In the 2010 shareholder letter, after he pointed out the right way to own a home, Buffett went on to caution Americans against the wrong way. When dream homes are bought for ever-escalating prices, using rapidly adjusting mortgage payments and unsustainable monthly costs vis-a-vis the homeowners’ income, the dream can go bad quickly. Buffett warned, “a house can be a nightmare if the buyer’s eyes are bigger than his wallet and if a lender — often protected by a government guarantee — facilitates his fantasy. Our country’s social goal should not be to put families into the house of their dreams, but rather to put them into a house they can afford.” 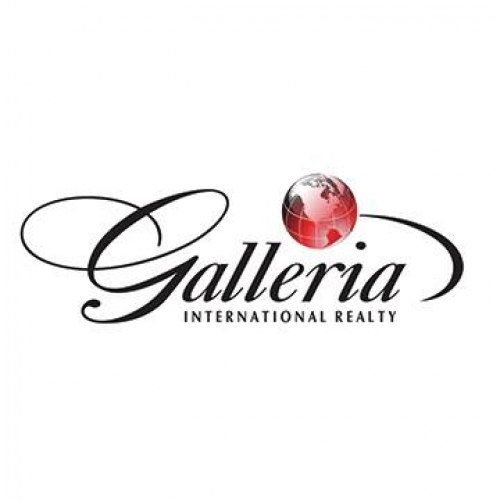 Zack Fenwick of Harvey Kalles Real Estate is Pleased to Announce the Sale of 139 Dunvegan Road Listed at $12.85M