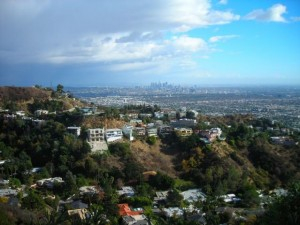 Part of the appeal of online social networks is that they make people feel more connected. However many people can also feel disconnected from the people they share a neighborhood with. People used to know their neighbors on a level that included being able to borrow a cup of sugar. A few new start-ups are taking the idea of the online social network and applying it on the hyperlocal level creating private social communities at the local level. These are an evolution of message boards and Facebook groups that some neighborhoods have had for years. These groups are small and allow neighbors to connect and share information. A few of the top contenders:

Nextdoor: Nextdoor is probably the biggest in the field. There are thousands of local neighborhood communities set up  the site. In Los Angeles, Mayor Garcetti recently announced that he would be using the site to directly communicate with local residents.  The City of Los Angeles joins New York, Houston, Dallas, San Diego, and nearly 130 other cities across the country that are using Nextdoor to deliver city-wide messages. More than 87% of the neighborhoods in Los Angeles are already on NextDoor.

Neighborland: Like Nextdoor, Neighborland allows locals to communicate. What makes this network different is that it also serves as a wish list for local projects can help you rally your neighbors to help make it happen. It acts as an aggregator  for neighborhood ideas, anything from street signs to changes in the local school curriculum, and allows others to chime in and add support for the ideas that they want to make happen. In some cases, the ideas have caught the attention of local government and created the desired change.

Circle App: Circle is an app designed for local neighborhood discovery combining the features of a local network with a social network sharing local news, events, and ask questions. It connects with your existing networks including Facebook, LinkedIn, and Twitter. Circle is backed by a bunch of investors including Ashton Kutcher.

Path: Path began as a smaller Facebook, an app that only let you have a small number of friends (just 50) in your network. The idea was to create a social network that has more of an application in your offline world. It wasn't designed specifically for neighborhoods but some people have used it as a way to strengthen ties with the people they see in their online life.